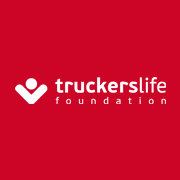 Truckers Life Foundation was established in 2013 in Wrocław. Since then it has been continuously developing projects on the improvement of the health of professional drivers. The community of drivers in Poland includes about 700 000 individuals. It is a high-risk group not only because of dangerous work conditions but also due to the high probability of occurrence of occupational diseases such as hypertension, obesity, cardiovascular diseases and bone disorders. In order to meet this group’s expectations, the Foundation carries out a number of projects which viably change drivers’ bad habits and increase their awareness of health and safety issues.

In 2019, the Foundation implemented the Truckers LAB project consisting in conducting a series of medical tests leading to the overall diagnosis of the drivers’ health and carrying out various activities raising awareness of the consequences of unhealthy lifestyle among the representatives of this group. As a result, a few thousand drivers were examined and educated on the above-mentioned issues. 2019 also marked the launch of the HeroTrucker project – a social media campaign educating the drivers on how to give first aid. Thanks to the ongoing international project named Truckers GYM, the number of outdoor gyms in car parks and rest areas throughout Poland and Germany increased to over 100. Truckers HELP is the Foundation’s yet another project successfully developed in 2019, this time with the support of the industry influencers, who joined the organization to fundraise money for rehabilitation treatment of a driver recovering after a stroke.

The Foundation carries out its activities in four countries (Poland, Germany, Czech Republic, Lithuania). From the very beginning, its operations have been supported by numerous partners and ambassadors from the TSL industry.

In 2020 the Foundation planned to develop and continue the HeroTrucker project. Its initial concept consisted of organizing a cycle of first aid training for professional drivers. Due to coronavirus pandemic, for obvious reasons, the project had to change its objectives. Having the drivers’ health in mind, the Foundation is conducting a series of activities including preparation of materials on education for COVID-19 prevention or developing a media campaign drawing public attention to the problem of lack of access to sanitary facilities in petrol stations and car parks. As part of the ”Heart for Trucker” campaign aimed at supporting drivers, children created drawings presenting their fathers at work. In March and April, all the Foundation’s activities were focused on getting financial support from institutional partners for the purchase of 100 kits including face masks, disinfectants and gloves and their distribution among the drivers. The demand has turned out to be so great that the Foundation decided to start a fundraising campaign during which both institutions and individuals can make a donation in any amount. The target is to collect 95 000 PLN for the purchase of a further 1 500 kits.

Safe transport – together we can achieve more!