Croatia hosted a very successful Professional Driver’s World Championship, and even though the numbers have been low, the spirit was high.

Due to the continuous Covid-19 restriction, we had to hold our General Assembly meeting online.

It was nice to see and chat with all our friends from all different corners of the Globe, to see them smile and be in good health. 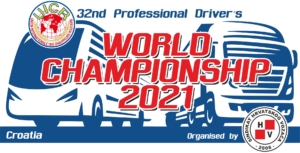 For only the second time in its eighty-year history, the World Professional Driver Championships to be held in Zagreb in August 2020 has had to be cancelled due to the COVID-19 global crisis.

The President of the Union Internationale des Chauffeurs Routiers (UICR) Robert Kastner and the President of Sindikat Hrvatskog Vozača (SHV) Miljenko Gočin, the organizing body of the 2020 UICR Professional Driver World Championship in Zagreb, had to make the very difficult decision to cancel the event and reschedule it in August 2021.

Anna-Kaisa Lehtinen was very much liked and appreciated by her collegues on the UICR board as well as members of the association. We will miss her smiles, her positive attitude and her helpful inputs in the driver industry.

2019 16th November, UICR board and strategy meeting at the Gadmer Lodge in Gadmen, Switzerland hosted by Swiss Drivers

2017 the European Professional Driver Association www.EPDA.ie with it’s Head Office in Dublin, Irerland and Barry Lyons as the Executive Chairman joins the UICR

2011 Estonia’s association PROVID AJ in Tallinn applies to become a member of the UICR.

2010, from 02 to 05 September – the City of Rankweil in Austria hosted the Professional Driver World Championship, organized  VBK-Vorarlberg and Volvo Trucks Austria.

2007 –  26.-28. July   50 Year  Anniversary of the   UICR – Anniversary celebrations and General Assembly meeting takes place in the Pakhotel in Martigny. The celebrations are hosted by „TLi Transport et Logistique international“

The anniversary celebrations were a great success and the UICR was well represented in the press.

At the Assembly General meeting, Cedomil Weissbarth of Croatia (HUVA Zagreb) is elected to the board of directors.

The 2007 June – Board meeting in Vaduz, FL. The UICR separates from the Les Routiers Suisses.

The administration headquarters are newly located in CH-3280 Murten.

We are now multilingual (German, French and English) and are geographically located on the line where the two languages (German and French) come together. The delegates agreed to the transfer of the administration, marketing and driver legal protection to the new and improved association’s infrastructure. This new location is under the supervision of a well-known man in the transportation world, Ralph Meyer of solution&benefit.

The UICR becomes active as an umbrella organization in Brussels and becomes involved in solving problems confronted by professional drivers.

2007 –  January 19, the UICR with it’s headquarters in Liechtenstein and the IRU –  International  Road Transport Union in Geneva,  sign the

2005 May – UICR-Strategy conference for all UICR members in Zurich, at the Allianz building with the guest County Romania.

Goal of the conference is the implementation of a Europe wide (plus Russia) driver legal protection package, which is offered as an additional service to UICR members to increase their security and strengthen the association.

The concept, involving Allianz is welcomed and accepted. Unfortunately, some members used the idea to implement this concept on their own in their own countries, which didn’t benefit the UICR as a unit.

2004, from 3 to 5 September – Varazdin in Croatia, hosted the Professional Driver World Championship

2000, from 31 August to 2 September, Budapest Hungary hosted on the Hungaro Ring the Professional Driver World Champiosnship

The official departure of Dr. Rossow was marked by a gift for his loyal leadership (a three day trip to Berlin including a cultural program for two people) given to him in Norway at the Assembly General meeting in 1999.

The UICR’s new headquarters will be located in Switzerland and be managed through Les Routiers Suisses. Rolf Lehmann takes on the post of Secretary General of the UICR.

1998 – December 11, The UICR association is registered in the trade registry office in Vaduz, Liechtenstein and will remain the future headquarters of the UICR.

1998 Vienna, Austria, the delegates of the UICR met together for the General Assembly meeting.

Dr. Günther Rossow, as he had made known at the previous year’s meeting, resigned of his position as the President of the UICR, a position he had held for 15 years.

The sceptre was passed to him as well as the delegates’ confidence.

At the same time as the change in president, the headquarters is to be located in the country where the current president resides.

29-30 September 1990 Turin, Italy was the host of the International Driver World Championship with great succes.

In Bourg-En-Bresse, France on 23-24 September 1989 the 15th International Driver World Championship was helt with great succes.

The UICR, an association made up of over 15 countries and of 1.5 million members, holds its General Assembly meeting in Helsinki, Finland.

Delegates from the 13 member countries present choose Dr. Günther Rossow, board member of the Automobile Club of Driver Protection of Germany is elected president of the UICR.

Botswana is recognized as the second African member country.

Round table discussions are held for the first time between industry and heavy vehicle manufacturers with the idea of improving the conception and safety options inside and outside of the truck. This involved Renault, IVECO – UNIC / France and Iveco – Italy, Saab- Scania, Mercedes, Talbot Spain, Kienzle and Leyland.

October 1979 Helsinki, Finnland: The international competitions of the Driver World Championship was a great success

29-29 October 1978 Brussel, Belgium: The international competitions of the Driver World Championship was a great success

1974 October the 1st Driver World Championship was hosted by the City of Nice, France

1974 – May 18-19 – A representative from Czechoslovakia, Dr. Krall, a lawyer from Prague, begins working for the UICR.

The driver’s association from Czechoslovakia becomes a UICR member.

A prize for comfort and security in the cab for long and short distance driving is created.

The organisation of a chain of suitable places to stop a truck, like the Relais Routiers in France, Belgium, Switzerland and Great Britain is implemented.

1973 – General Assembly in Copenhagen, May 19-20. The president of Forbund 1 of Denmark, John Hansen, led the meeting.

An international Gymkhana for Professional Drivers is held for the first time.

On a social level, each association’s general secretary addresses the problems concerning working conditions, protective measures, health and safety of the drivers, working hours, rest periods, paid holidays, and occupational sickness. Motions in the form of a telegram are sent on to the Labour Office in Geneva as well as the European Community in Brussels.

1972 – Barcelona Spain – A new passport is created in which there are annual stamps issued. Legal protection assistance for drivers is strengthened and a document prepared with the International Labor Office in Geneva.

In 1971 the Danish professional drivers association under the leadership of John Hansen joined.

French was chosen as the diplomatic language of the UICR. In Montreux, Francois de Saulieu was elected President and Francisco Perez Mur Secretary General.

At the very first General Assembly meeting in Montreux-Villeneuve, Switzerland on June 7 1969, the difficulties that drivers experience because of the difference in traffic laws while in other countries was brought to discussion.

1968 At the end of the year, the professional drivers’ association Munich signed on as well.

In 1966 as the result of an accident that was no fault of their own, french drivers were condemmed to several years of hard labor in a very strict prison. The association got involved and with the help of the Routiers Suisses and the Swiss Touring Club, the drivers were released from their sentences. Other drivers were assisted in Bulgaria, Romania and Albania to gain their freedom from unwarranted arrests and prison sentences.

The association of Belgian drivers joined as well in 1962

This agreement was registered in Paris by the Secretary General of the Routiers Suisses,  Daniel Jaquinet and Francois  De Saulieu, the association secretary of the Routiers France in 1961

In 1957 the Routiers Suisses was founded in Lausanne and this association immediately joined the UICR.

Numerous drivers out of the four-country group profited from their status as members of their agreement when involved in accidents or other traffic issues. Lawyers cooperating with the association were spread throughout Europe. Thanks to the efforts of Berliet Trucks and Perkins Motors, an international pass was created that enabled this same support system to function in not yet member countries, mostly Great Britain and Germany.

The corner stone of this international organization was placed in Madrid, Spain on April 27 1951, and initiated by Spain, Northern Africa and France.

Joining the UICR means being connected to a globally respected organisation the leader for the Professional Driver in the Transport Industry.

The different business areas present in the Transport Industry are all together in the UICR, a global organization conformed by executives and managing professionals all over the world.

Through our leadership, professionalism and friendship, working together to achieve our Vision, maximise networking opportunities and support a responsible transport industry. 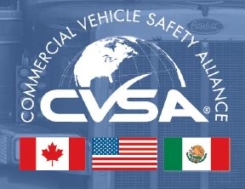 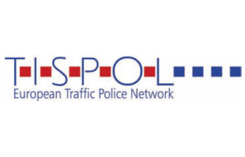 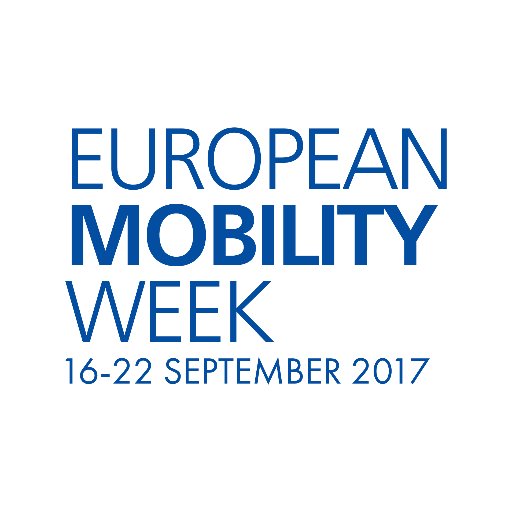 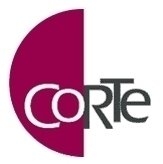 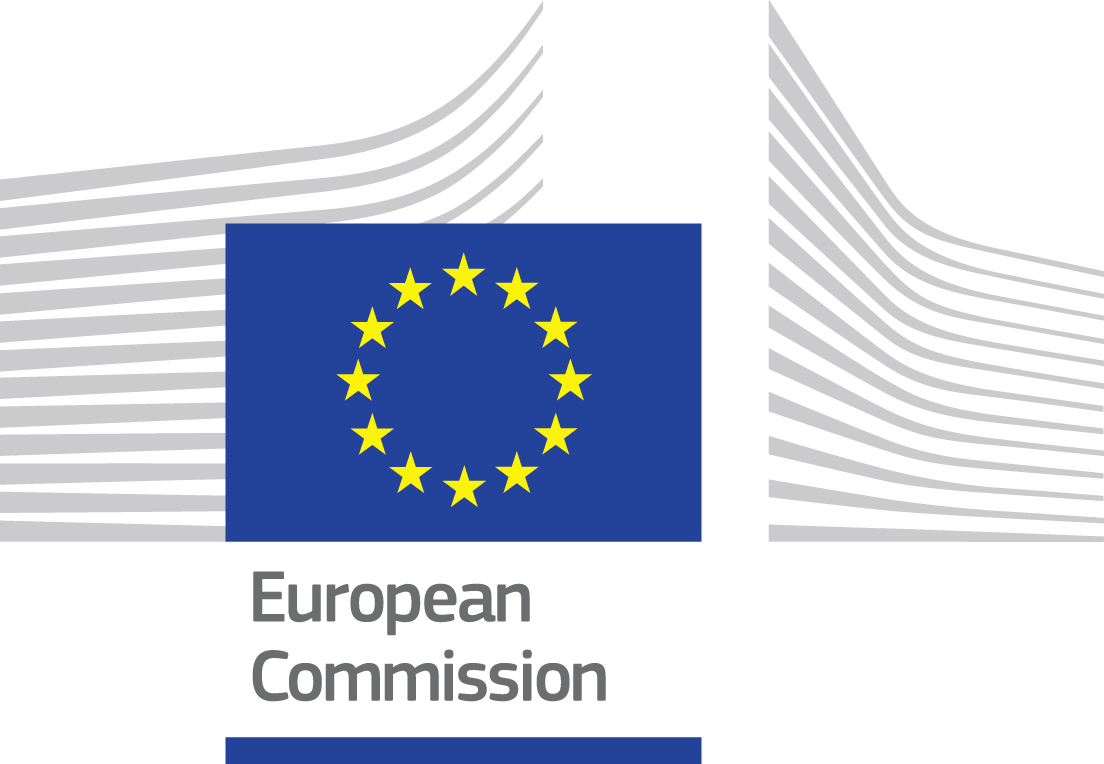