The online retailer ordered at least 1000 systems from Start-up Plus that can be used to automate conventional semi-trailers.

Seattle. Amazon is preparing for a future with self-driving trucks. The world’s largest online retailer has ordered at least 1000 systems from Start-up Plus that can be used to automate conventional semi-trailers. Amazon also secured the opportunity to take over around a fifth of the Californian company, as Plus announced on Tuesday night. 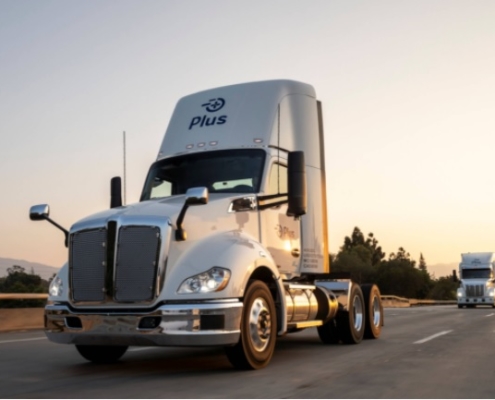 Amazon already owns the Robotaxi developer Zoox and the group is also testing small robots for delivering goods. The sales contract with Plus runs until the end of January 2024, as can be seen from the documents.

Plus is one of several development companies working on self-driving trucks. The start-up cooperates with the manufacturer Iveco and promises semi-trailers that can travel around 1500 kilometres per day. This could make self-driving trucks an economic factor in road freight transport. Plus is currently in the process of going public – like various other competitors about the merger with a company shell that is already listed on the market. Google’s sister company Waymo, among others, is also working on self-driving trucks, which is considered to be particularly advanced in autonomous driving.